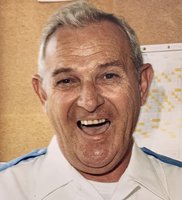 Charles Kenneth Shupe, 90, of Gray went to be with the Lord on Tuesday, November 3, 2020 at Johnson City Medical Center.

Charles was born on May 7, 1930 in Mabe, Virginia to the late Loran and Esther Jane Shupe. Charles proudly served his country in the United States Army during Vietnam and the Korean conflict. After his term in the Army he worked as a security guard at Holston Valley for several years.

Along with his parents he is preceded in death by his loving wife, Mary Jane Shupe; and his son, Larry Kenneth Shupe.

The family will receive friends on Saturday, November 7, 2020 from 11:00 AM to 1:00 PM at Scott County Funeral Home. Military rites will be performed by American Legion Hammond Post #3/265.