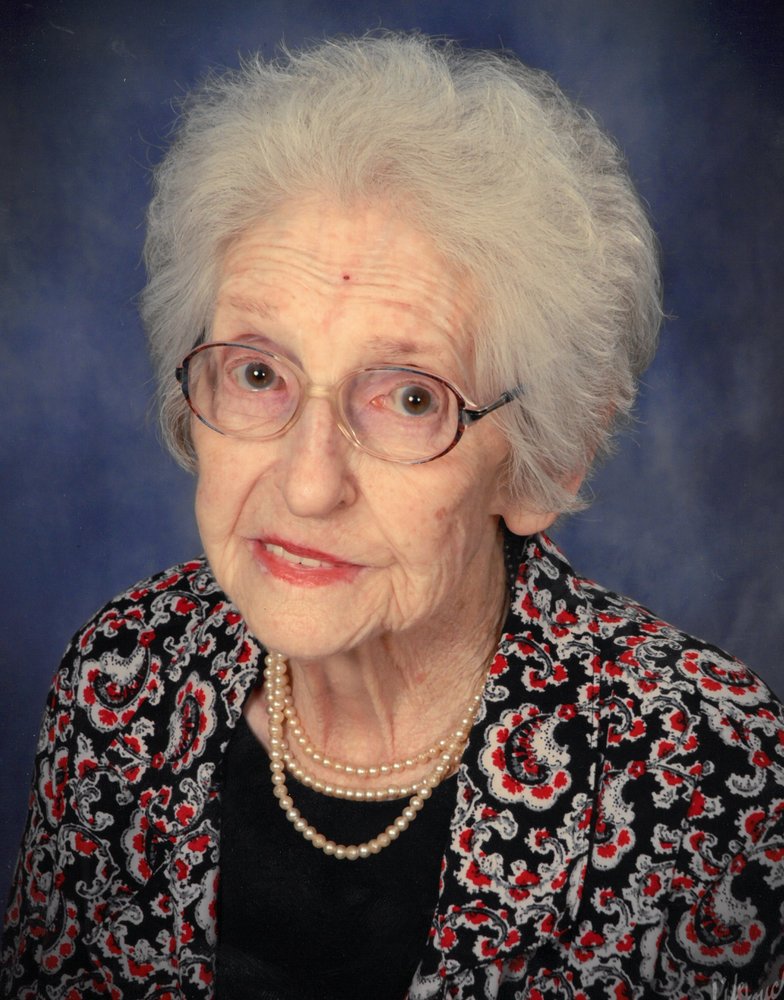 Kingsport-  Mary Inez Heck Carpenter, 95, was born on March 13, 1924 in Rogersville, TN to the late Will and Margaret (Brooks) Heck.

She graduated from Rogersville High School with the class of 1941. Following graduation, she moved to Kingsport and worked at an ice cream parlor. While working there she met Samuel Carpenter (a man who loved ice cream) and they were married on June 9, 1943, and became a step-mom to Robert Luther. Mary worked for several years at Eastman in the textile division. After the birth of daughter Sandra Ann and son Samuel Paul, she went to school to become a beautician. She owned and operated Mary's Beauty Salon in her home for several years, even after the birth of daughter Susan Rebecca. Mary was also a branch manager for Sarah Coventry jewelry and earned many trips and awards. Mary loved to crochet and quilt. She was a faithful member of Gravelly Baptist Church and was known as "Mama Mary" to many church kids as well as the Lake Street kids. She moved to Brookhaven Manor in February 2015, and lived there until her death on May 27, 2019.

A funeral service will be conducted on Friday (May 31, 2019) at 7 p.m. in the funeral home chapel with Pastor David Salley, officiating.

A graveside service will be on Saturday (June 1, 2019) at 11 a.m. at East Lawn Memorial Park with family and friends serving as pallbearers.  If you plan on attending the graveside service you are asked to meet at the cemetery at 10:50 a.m.

In  lieu of flowers, memorial contributions may be made to Gravelly Baptist Chuch, 647 Gravely Road, Kingsport, TN  37660.

You can send an online condolence to the family by visiting www.cartertrent.com.

To send flowers to the family or plant a tree in memory of Mary Carpenter, please visit Tribute Store
Friday
31
May

Share Your Memory of
Mary
Upload Your Memory View All Memories
Be the first to upload a memory!
Share A Memory
Send Flowers