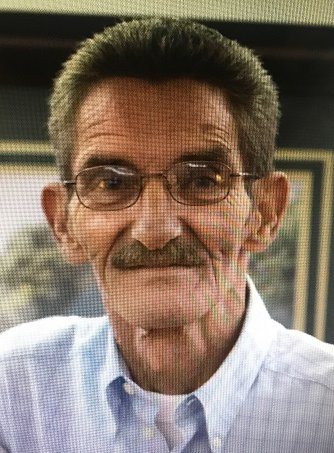 Kingsport- Rocky Clay Jeffers (Rocky Top), 69, of Kingsport, TN, passed away following a lengthy illness on Saturday (June 8, 2019) at Grand Strand Medical Center in Myrtle Beach, SC.  He was born on August 29, 1949 in Sullivan County and worked at Eastman Chemical Company for several years.  Rocky was an avid CB’er and loved fishing, camping, and going to the beach.  He was a very unique person to anyone who knew him and loved to joke and make people laugh.  He was preceded in death by his father, Haskell (Hack) Jeffers and mother, Kathleen Jeffers; step daughter, Lori Vaughn; a brother, Gary Jeffers; his special sister-in-law, Tina Jeffers.

The family will receive friends on Tuesday (June 11, 2019) from 5 p.m. until 7 p.m. at Carter-Trent Funeral Home, downtown Kingsport or friends may also call anytime at the residence.  A funeral service will be conducted on Tuesday (June 11, 2019) at 7 p.m. in the funeral home chapel with Pastor Jerry Webb, officiating.  A military graveside service will be conducted by the American Legion Hammond Post #3/#265 on Wednesday (June 12, 2019) at 2:30 p.m. at the Mountain Home National Cemetery with Terry Jeffers, Michael Jeffers, Darren Rice, DJ McClellan, Chris Swanner, and Bo Hall serving as pallbearers.  Family and friends attending the graveside service are asked to meet at the funeral home at 1:15 p.m. to go in procession.  The family would like to give special thanks to Grand Strand Medical Center ICU for the Doctors, nurses, and everyone involved in his care.  Especially, to a special nurse, Melissa Campana for her kind, compassionate, and very devoted care of Rocky.

To send flowers to the family or plant a tree in memory of Rocky Jeffers, please visit Tribute Store
Tuesday
11
June

Share Your Memory of
Rocky
Upload Your Memory View All Memories
Be the first to upload a memory!
Share A Memory
Send Flowers