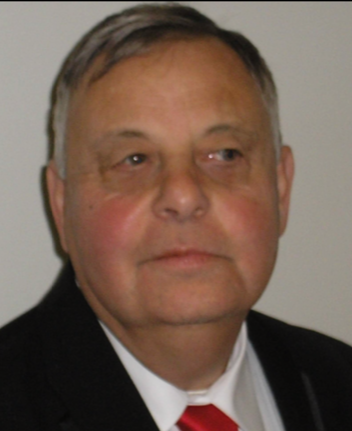 Tony grew up in Kingsport, with his aunt Odua Busic; he worked in sheltered workshops and Nursing Homes and was active in the Boy Scout Troop led by Crandall Craft.

He was a member of Nottingham United Methodist Church in Gate City, VA.

In addition to his parents, Antonio M. and Maude (Howard) Vitale of New York, Tony was preceded in death by his sister, Connie Vitale, and brothers William and Victor Vitale, all of New York, and his brother JC Harrison of Kingsport, TN.

Survivors include his sisters, Marie and her husband, James W. “Bill” Jones of Kingsport; Odra M and her spouse Bruce A Caouette of Georgia; and Ana Rodriguez of New York; one brother, Charlie Mooney and his wife Pat and his sister-in-law Wilma Harrison of Kingsport. Tony is also survived by his aunt Rose Ketchen of Sweetwater, TN and his cousin Florence and her husband, Archie Griffin of Kingsport. Tony also leaves numerous nephews and nieces, grand and great-grand-nephews and nieces from New York, Tennessee, Georgia and Texas.

The family of Mr. Antonio Vitale will receive friends from 5 to 7 PM Tuesday, August 13, 2019, in the Carter Trent Funeral Home in Kinsport. The funeral service will follow at 7 PM with Pastor Bill Porter of the Nottingham United Methodist Church of Gate City, VA. officiating. The graveside committal service will be conducted at 10 AM Wednesday at Oak Hill Memorial Park. Family and friends are requested to meet at the cemetery by 9:45 AM Wednesday.

The family requests that in lieu of flowers, memorial contributions be made to the Alzheimer's Association, 2020 Meadowview Pkwy, Kingsport, TN

Share Your Memory of
Antonio
Upload Your Memory View All Memories
Be the first to upload a memory!
Share A Memory
Send Flowers