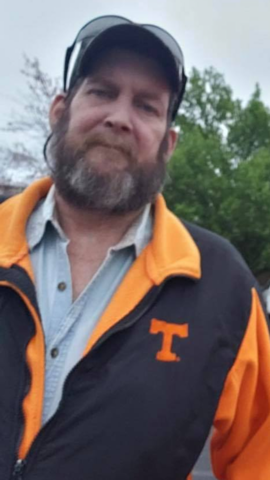 Ronnie Leo Krajeck 56, of Blountville, went to be with the Lord on Friday, February 7, 2020 at his home. Ronnie was a veteran of the U.S. Army and served during Desert Storm. He was a loving brother and friend who will be greatly missed by all who knew him.

Survivors include his brothers, Robert Krajeck and wife Sarah, Randall Krajeck, Russell Krajeck; and John “Jody” Krajeck and fiancé Nikki; best friend, Dione Hensley; along with a host of friends and extended family.

The family will receive friends from 5pm to 7pm on Wednesday, February 12, 2020 at Carter- Trent Funeral Home downtown, Kingsport. A funeral service will follow with Pastor Randy Lester officiating.

A military graveside service will be conducted at 1pm on Thursday, February 13, 2020 at Gunning’s Cemetery with honors conducted by the American Legion Hammond Post #3/265. Pallbearers will be family and friends. Those wishing to attend are asked to meet at the cemetery by 12:45pm.

Share Your Memory of
Ronnie
Upload Your Memory View All Memories
Be the first to upload a memory!
Share A Memory
Send Flowers