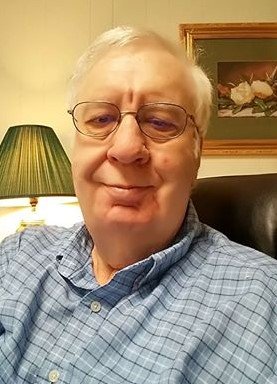 Freddie Lee Falin, 72, of Gate City, VA went to be with the Lord after a short illness at Holston Valley Medical Center on March 10, 2020.

Fred began his career at Holston Valley Broadcasting in 1973 after serving as a Staff Sargent in the United States Airforce. Throughout his 47-year career he worked a host of jobs, including teaching television at Dobyns-Bennett High School, director of programming and directing the 6-11 PM broadcast. People who had the pleasure of learning the trade from him have ended up in broadcasting jobs all over the country. His last posting was Vice President of Programming where he was known as a forward thinker, problem solver, mentor and friend.

Fred was serving as president of the Yuma Ruritan chapter for the third time when he passed and served as Zone Governor of the Southwest Virginia District, recently designing t-shirts and brochures for a membership drive.

He was preceded in death by his parents Roy & Wanda Falin.

Services for Fred will be held at Yuma Ruritan on Friday, March 20 at 6:00 p.m.  Refreshments will be provided.

In lieu of flowers the family asks for memorial donations be sent to Fred’s beloved Yuma Ruritan at 6404 Yuma Road Gate City, VA 24251.

To send flowers to the family or plant a tree in memory of Freddie Falin, please visit Tribute Store
Friday
20
March