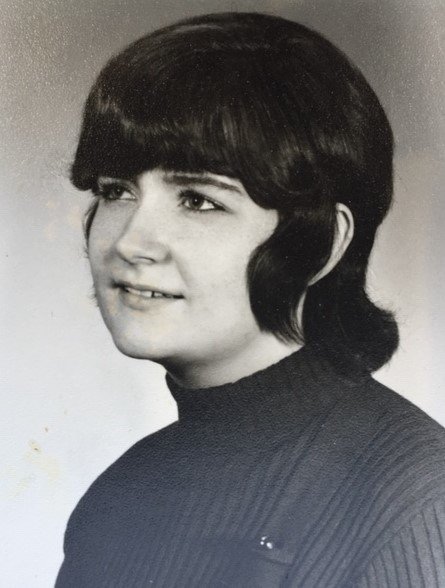 Janet Lea Snyder, 65, of Kingsport, Tennessee, formerly of Burnsville, passed away at her home on Monday, March 16, 2020. Janet was born November 8, 1954 to the late Junior James and Elizabeth Ann (Barrett) Snyder.

Janet lived a quiet life, one marked by longsuffering following a debilitating car accident in 1996. Her family was blessed by her genuine love, extreme kindness and unlimited generosity. She never failed to gift her siblings, nieces and nephews with humorous cards (noting “chuckle, chuckle”) on every occasion, always enclosing gift cards to favorite stores and eateries. Unable to say no, she gave to everyone who approached her on behalf of a cause. Her meek and humble spirit was evident in her soft, childlike voice.

Janet is survived by her brother, George Snyder (Wanda); and stepbrother, David Barrett (Rosalee) both of Weston, WV. She is also survived by three sisters, Sharon Johnson (Gary) of Alliance, Ohio; Brenda Gibson (Burnard) of Sutton, WV; and Tammy McNemar (Jay) of Centreville, VA. Janet was preceded in death by her brother Duanne Snyder.

Janet was the valedictorian of the Braxton County High School Class of 1972. She attended WVU and Glenville State College. Janet was a retired paralegal who did consultant work for a Kingsport law firm. She previously worked for Hunter, Smith and Davis Law Offices, Kingsport, TN; Upshur Agency, Buckhannon, WV; and the Braxton County Clerk’s Office, Sutton, WV.

Memorial services will be held at a later date. Donations in memory of Janet may be made to the American Diabetes Association.

Memories and words of comfort may be expressed to the family at www.cartertrent.com.

The Carter-Trent Funeral Home of Kingsport will be caring for the Snyder family.

To send flowers to the family or plant a tree in memory of Janet Snyder, please visit Tribute Store

Share Your Memory of
Janet
Upload Your Memory View All Memories
Be the first to upload a memory!
Share A Memory
Send Flowers