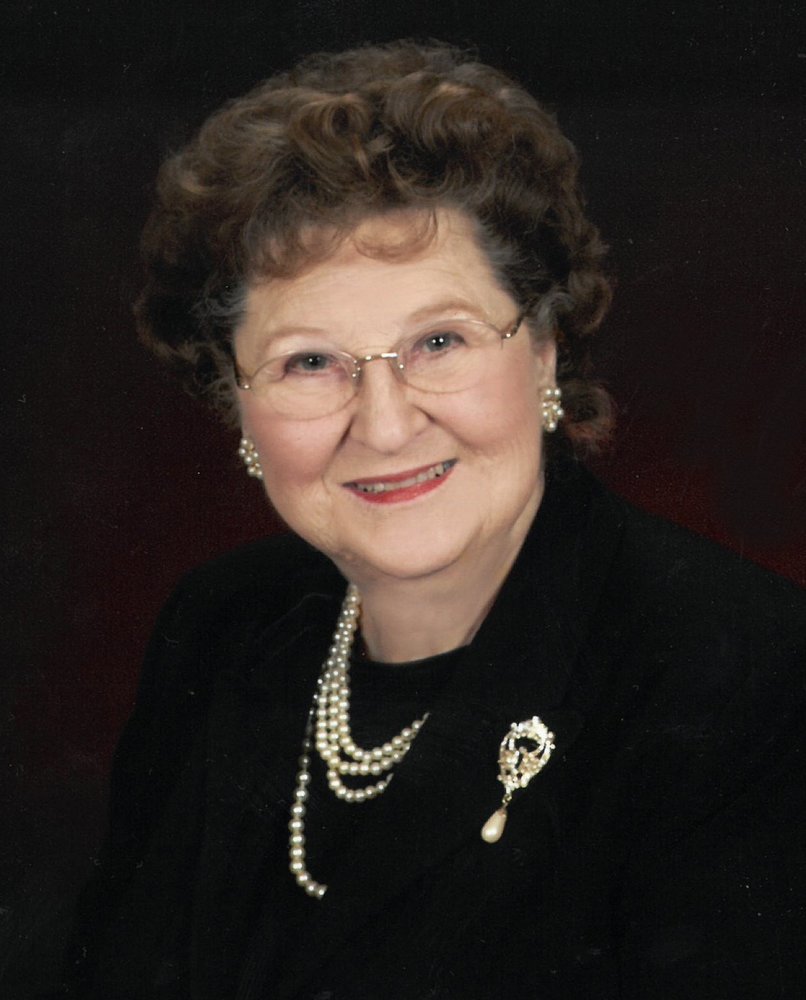 Martha Phyllis Pinkerton departed this world on Saturday, June 20, after a short illness.  Phyllis graced her family and friends for 92 years.

Phyllis was born Feb. 28, 1928, in Elizabethton, TN, the daughter of Stokes and Fern McGuire Buchanan.  She attended public schools in Elizabethton and graduated from Hampton High School in 1945.  She attended Milligan College, majoring in English.  In 1947, she married a dashing young Navy vet, Samuel Oscar Pinkerton, Jr. (Oscar) and they remained married for the next 50 years until his death.

Phyllis and Oscar were long-time residents of Kingsport.  Phyllis worked as a substitute teacher for City Schools, but most will remember her for her many years as a professional decorator for Deel’s Floor Coverings.

Phyllis was a devoted mother of three.  She loved her church, Temple Baptist, where she taught Sunday school and sang in the choir.  After her retirement and Oscar’s death in 1997, she continued to reside in the home on Catawba Street, in her last years largely due to the devoted care of daughter Suzanne’s partner, Danny Malone.

All who knew her were inspired by Phyllis’s sparkling humor, her love of people, her optimistic outlook despite numerous hardships, and her bedrock faith.  Phyllis was preceded in death by Oscar as well as daughter Suzanne Cloninger and son S.O. “Sam” Pinkerton III.

She is survived by a daughter, Sandy Thurmond and husband Dave of Durham, NC ,a brother, Jim Buchanan and wife Connie of Erwin , by grandchildren Davina Cloninger Sword of Church Hill, David “Trey” Cloninger III of Mobile, AL, Amy Thurmond of Brooklyn, NY, and by numerous nieces and great-grandchildren.

Graveside services will be conducted at 1 PM on Wednesday, June 24, 2020 at Oak Hill Memorial Park with Pastor Scott Young officiating. Those wishing to attend are asked to meet at the cemetery by 12:50 PM.

In lieu of flowers, family requests donations to the American Cancer Society, the Parkinson’s Foundation, or to Temple Baptist Church.

To send flowers to the family or plant a tree in memory of Martha Pinkerton, please visit Tribute Store
Wednesday
24
June

Share Your Memory of
Martha
Upload Your Memory View All Memories
Be the first to upload a memory!
Share A Memory
Send Flowers