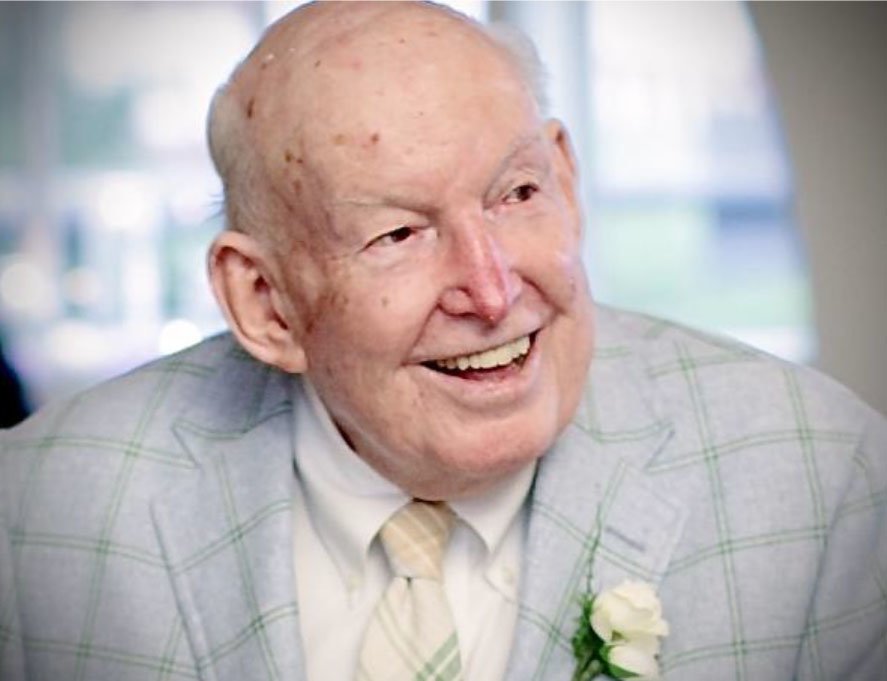 Born in Brooklyn, New York in 1926, Jerry sang in the choir at Carnegie Hall as a boy. He graduated from Princeton University, where he played Lacrosse and once met Albert Einstein. He served during World War II and the Korean War in the Marine Corps.

Jerry retired as Executive Vice President for Handgards, Inc. and moved to Kingsport, TN in 1994 with his wife, Ann, to be near his grandchildren and sons, Mike and Jerry Jr., who have operated Rush Street on Stone Drive for 40 years.

He is remembered for his kindness and infectious smile and was loved by all who knew him. He will be forever in our hearts.

A private service was held for family members at Saint Timothy’s Episcopal Church in Kingsport, TN.

The family requests donations be made to the Michael J. Fox Foundation (https://www.michaeljfox.org/donate) in lieu of flowers.

Share Your Memory of
Gerard (Jerry)
Upload Your Memory View All Memories
Be the first to upload a memory!