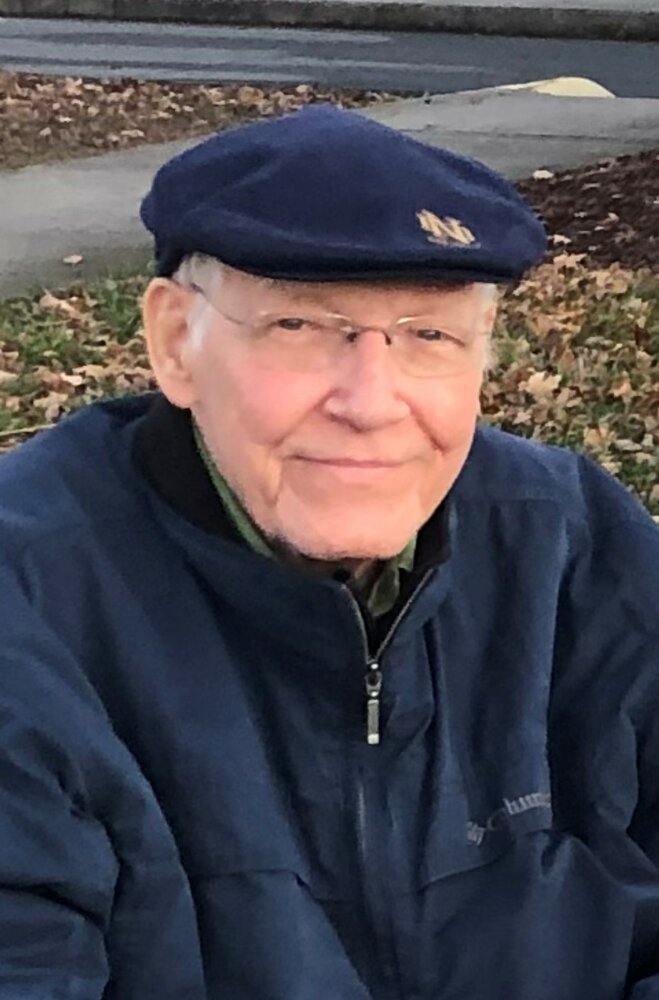 David Arthur Fain, Sr. passed away peacefully in his sleep on Tuesday morning, January 4, 2022. David was born on October 20, 1940, and raised in Sevierville, TN. He graduated from Sevier County High School where he enjoyed science and playing football. He graduated with a Bachelor of Science in Biology from East Tennessee State University in June of 1965. The day after graduation, he married his college sweetheart, Virginia, and they moved to Davis, California where he worked at Sacramento State University as a lab biologist. After their first of ten children was born, they relocated to Kingsport where he was employed as Vice President of purchasing at Giant Food Markets. David was a member of St. Dominic Catholic Church where he enjoyed many years of service in the Knights of Columbus. He was a creative, artistic and adventurous man who loved making his children and grandchildren laugh while telling the many stories of his life. He was also an avid inventor and developed and patented several inventions throughout his lifetime. David was a proud member of the Republican party and loved Notre Dame football and his West Highland White Terriers over the years: Saltune, Katie, Charlie, Winston, Harley and Cutty. David was predeceased by his daughter, Gina Fain Rodgers; his parents, Arthur Blaine and Opal (Loveday) Fain; and his sister, Betty Jean Fain. He is survived by his wife of 26 years, Dedra K. Fain of the home; granddaughter, Caitlin Rodgers of Argyle, TX; daughter, Angie Fain Adkins of Kingsport and grandchildren, Russell Jr., Maggie, Joshua and Lucas; daughter and son-in-law, Maria and Carl Green of Eau Claire, WI and grandchildren, Amelia, William, Daniel, David and Timothy; daughter and son-in-law, Cindy and Lemon Williams of Chattanooga, TN and grandchildren, Mya and Ella; daughter, Andrea Fain of Knoxville, TN and grandchildren, Haleigh, Tyler, Ashleigh and Amyra; son and daughter-in-law, David Jr. and Holly Fain of Kingsport and grandchildren, Maddax and Mason; son and daughter-in-law, Aaron and Valerie Fain of Pennington Gap, VA and grandchildren, Addisen and Vera; daughter and son-in-law, Marguerite and Aaron Vogt and grandchildren Devin, Bryson, Brynley and Maguire of Ontario, Canada and Jake Strickler of Johnson City, TN; and daughters, Lauren Fain and Meghan Fain of Greenville, SC. The family wishes to thank all of David’s caregivers and everyone for their prayers, kind messages of support and help during this difficult time. A private ceremony for immediate family members will be held in honor of David. In lieu of flowers, any donations may be sent to St. Dominic Catholic School, 1474 East Center Street, Kingsport, TN 37664; or Petworks Animal Shelter, 3101 East Stone Drive, Kingsport, TN 37660.

To send flowers to the family or plant a tree in memory of David Fain, Sr., please visit Tribute Store

Share Your Memory of
David
Upload Your Memory View All Memories
Be the first to upload a memory!
Share A Memory
Send Flowers